Syrian opposition protesters and pro-government supporters face off in front of the Syrian embassy in Beirut five days after the killing of at least 37 people in the southwestern Syrian city of Dara’a. The killing is generally considered to mark the start of a nationwide uprising that led to the Syrian Civil War. 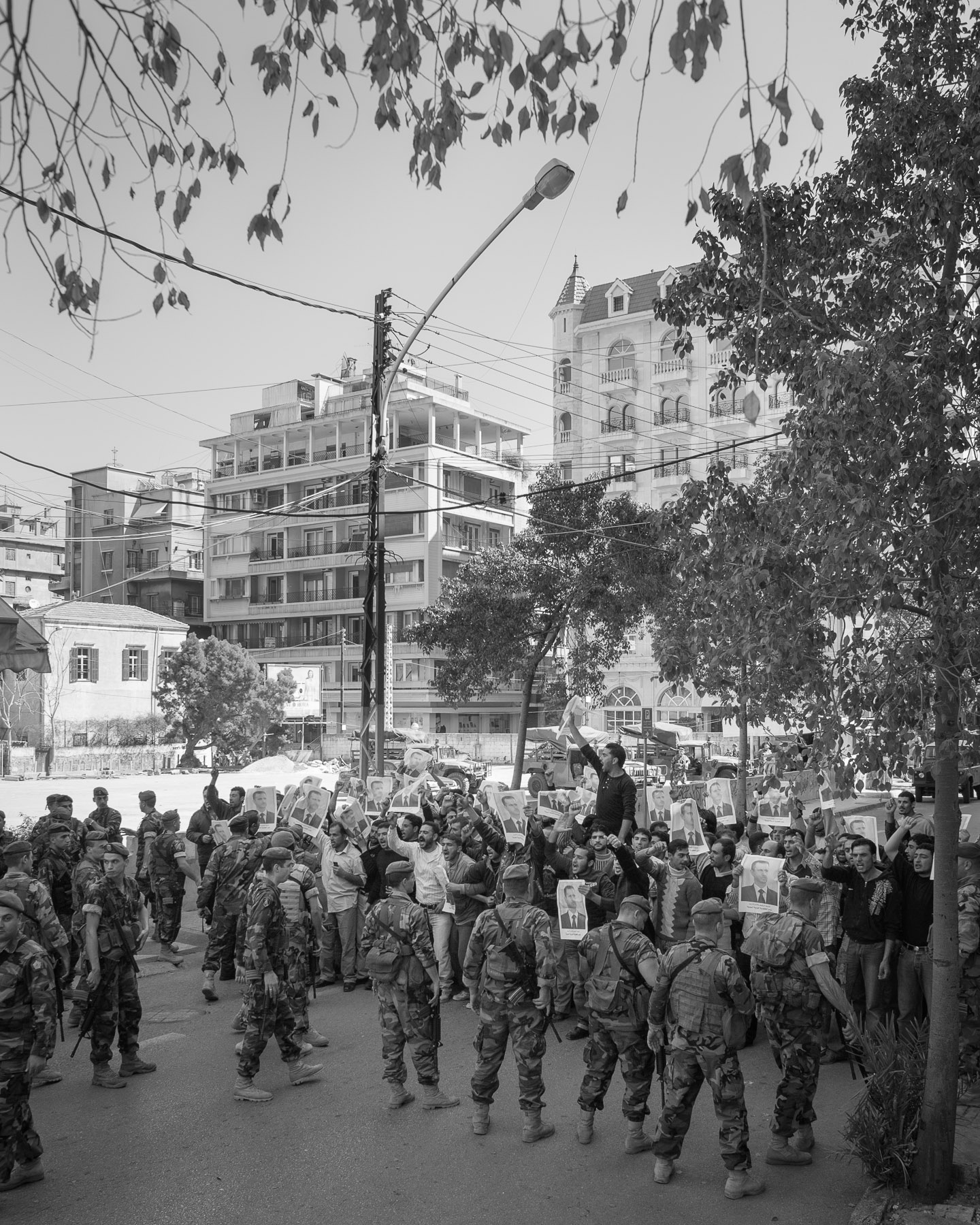 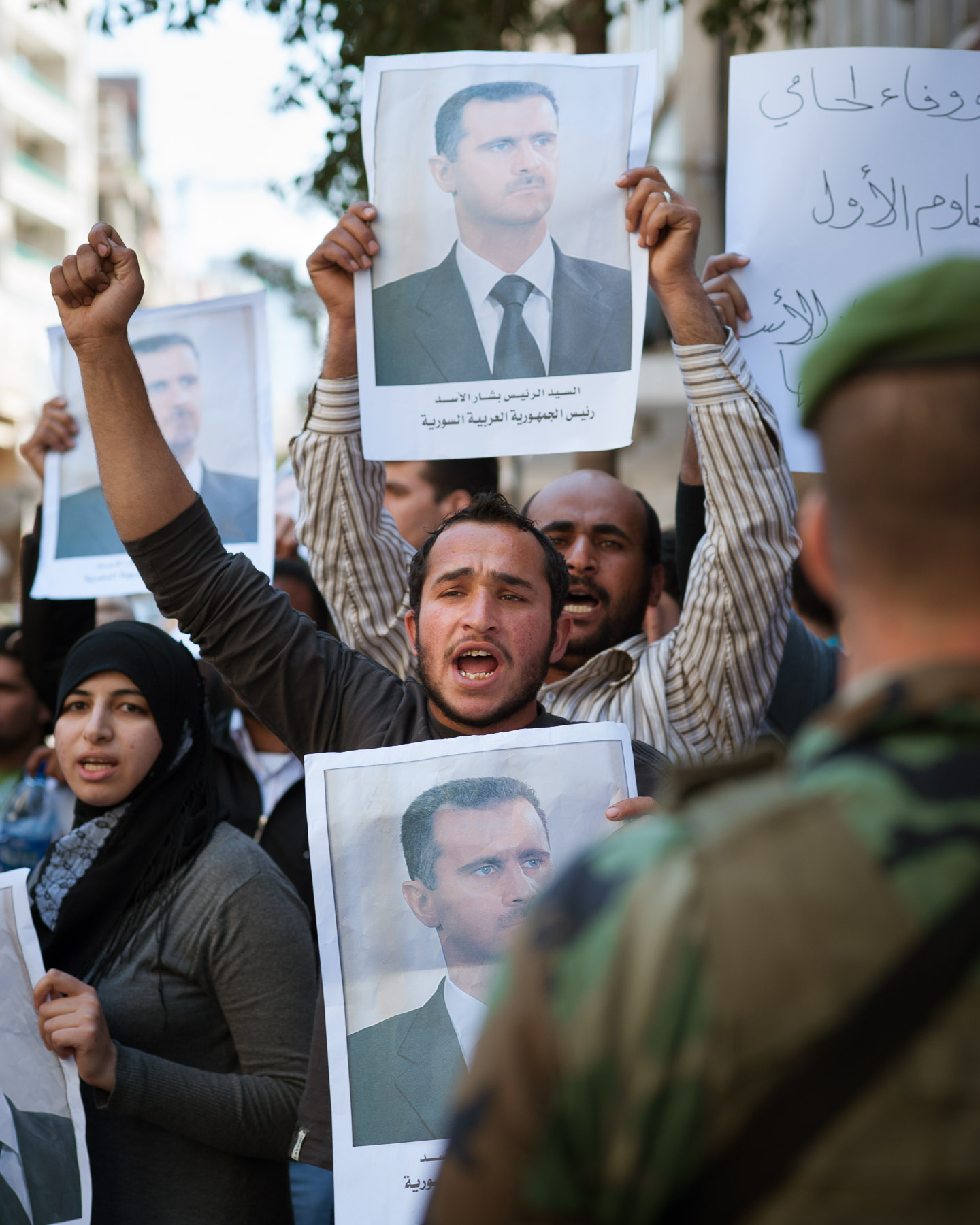 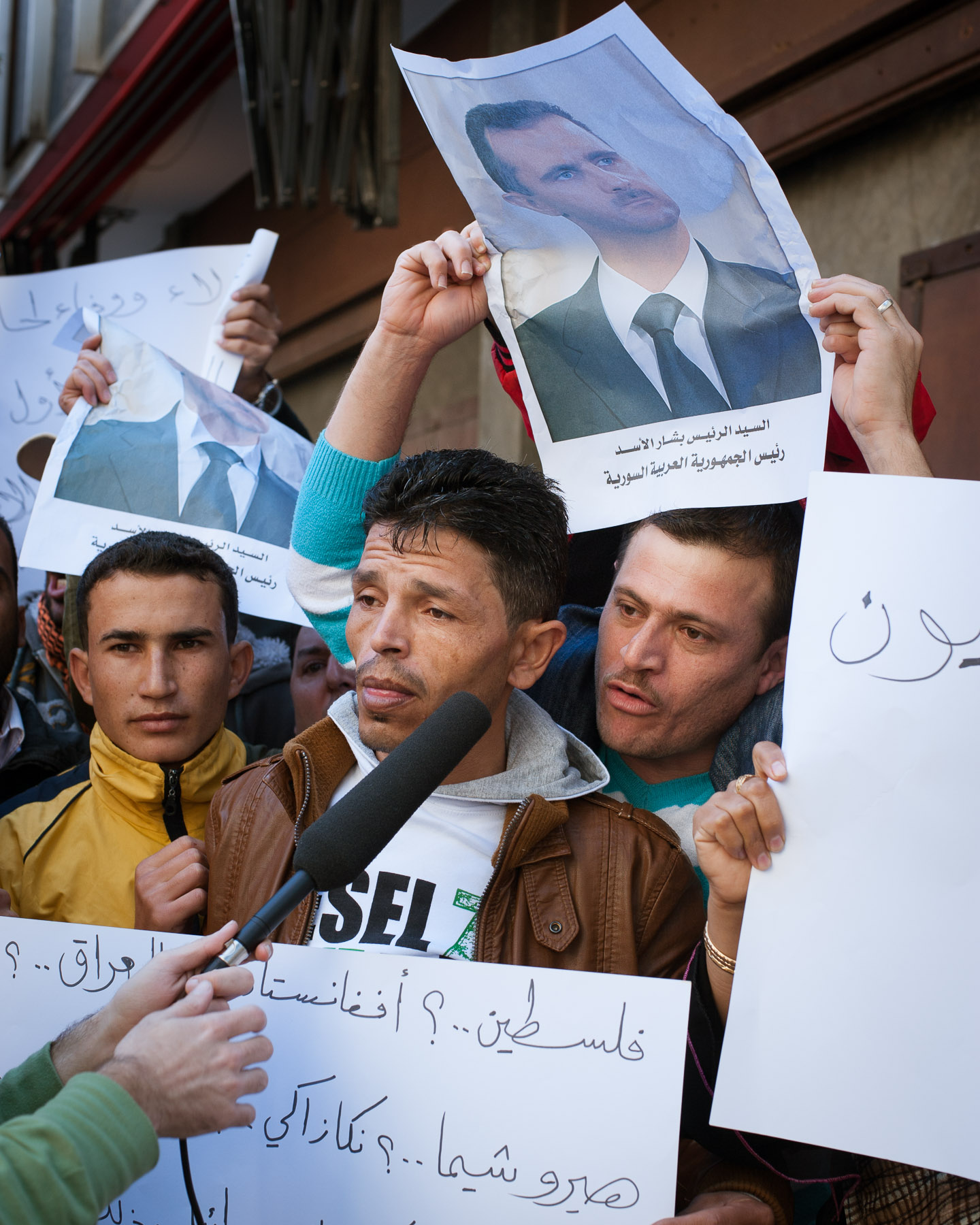 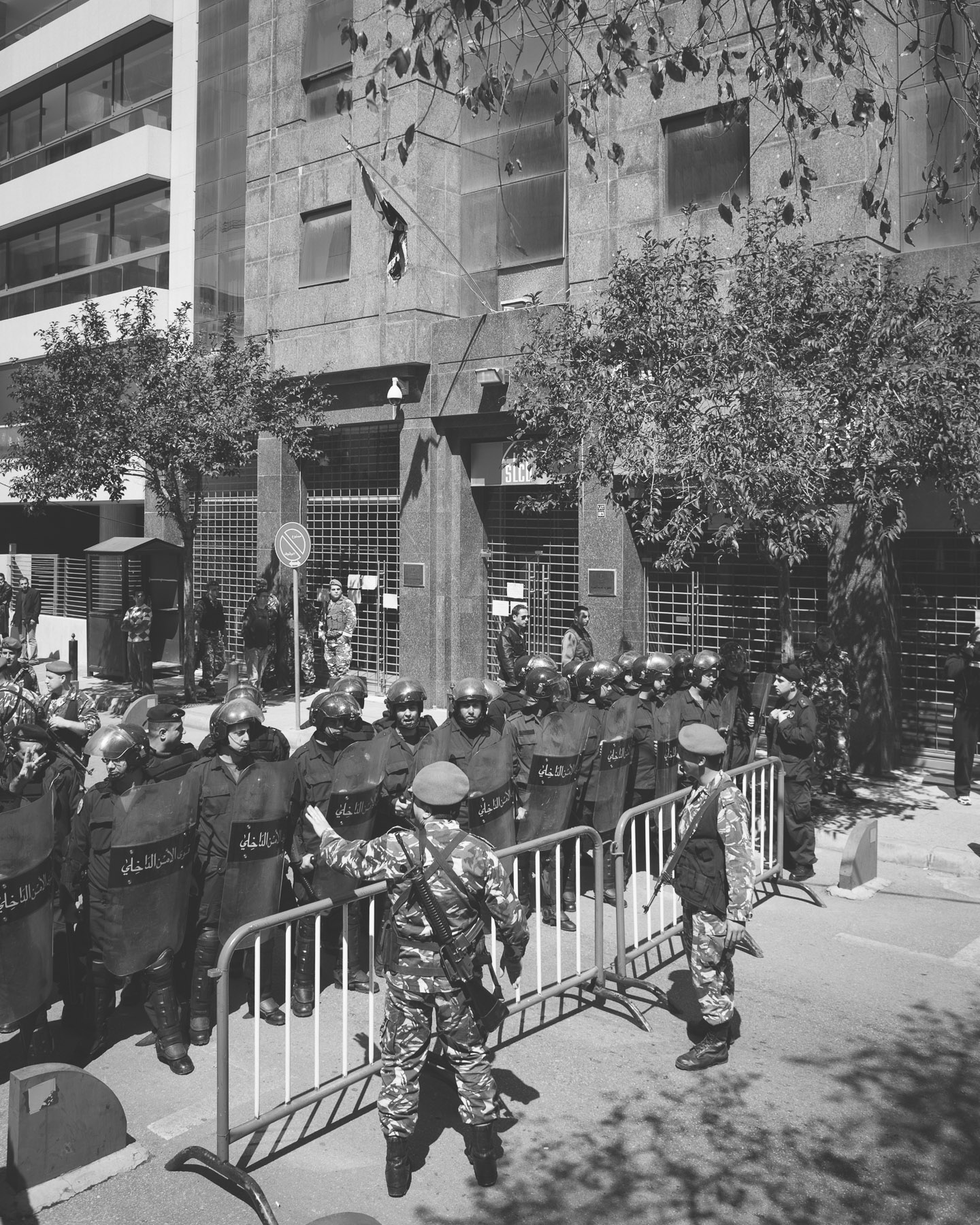 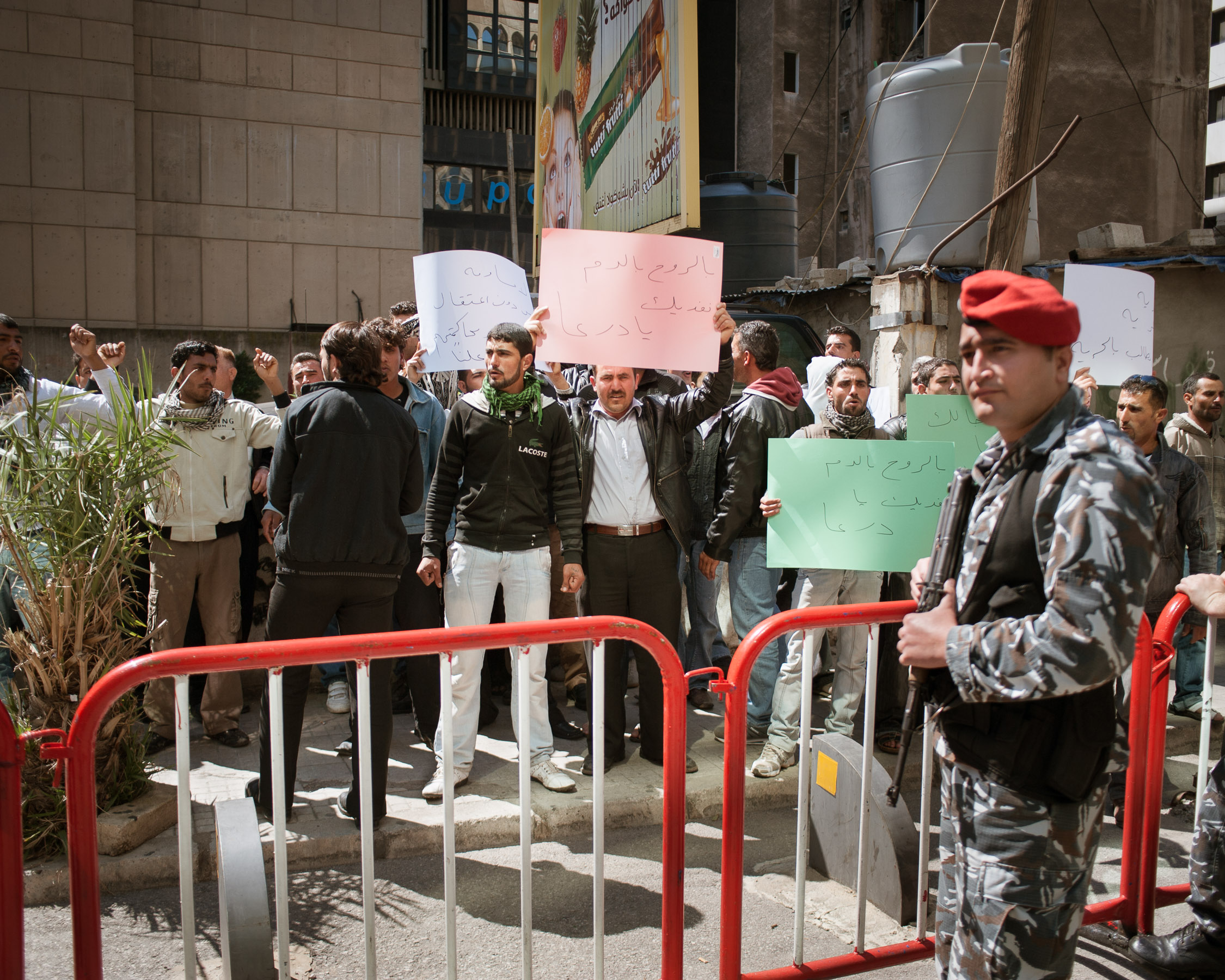 Anti-Assad protesters next to the Syrian embassy holding posters saying in Arabic: ›With our soul and with our blood we will sacrifice ourselves for Dara’a‹ 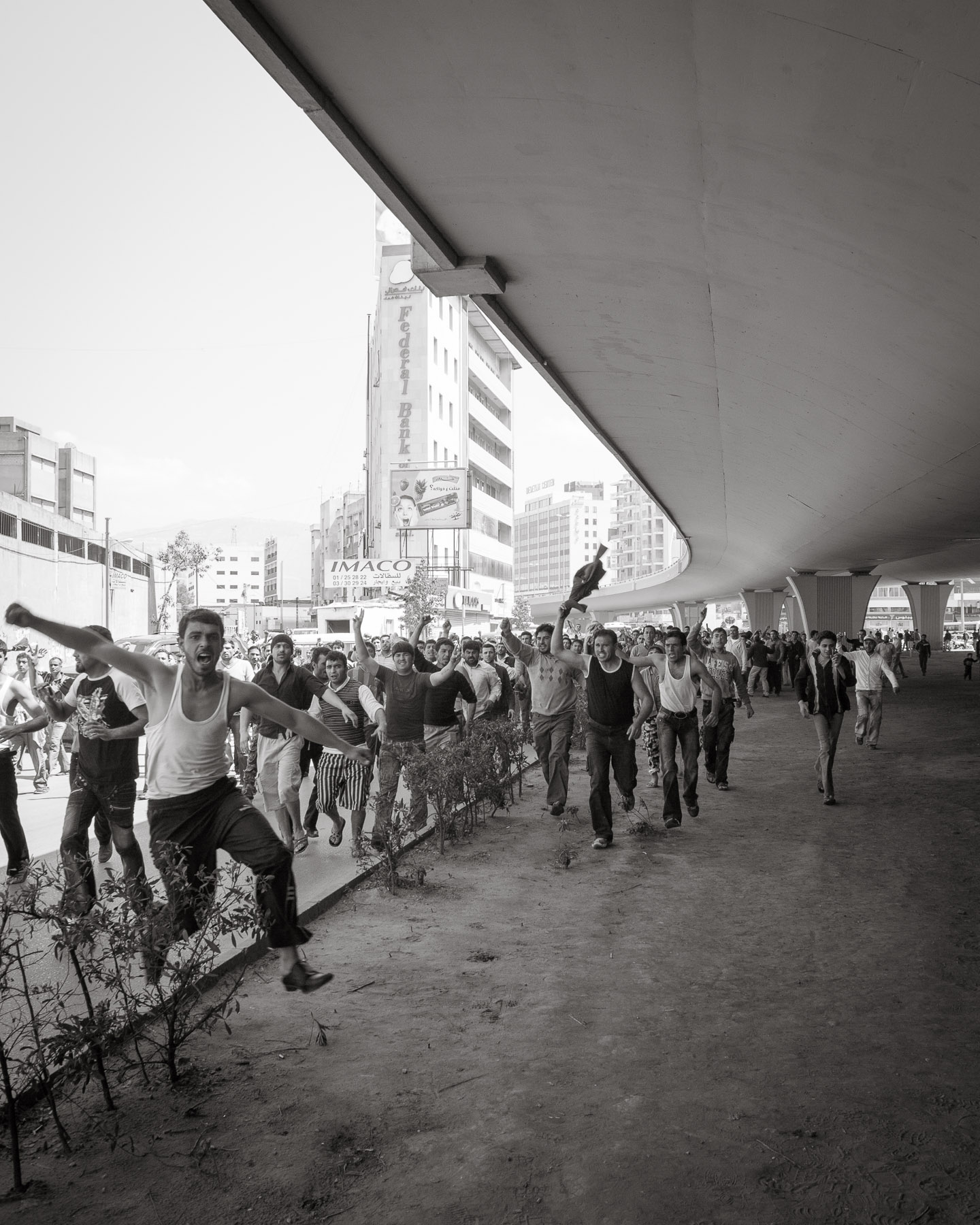 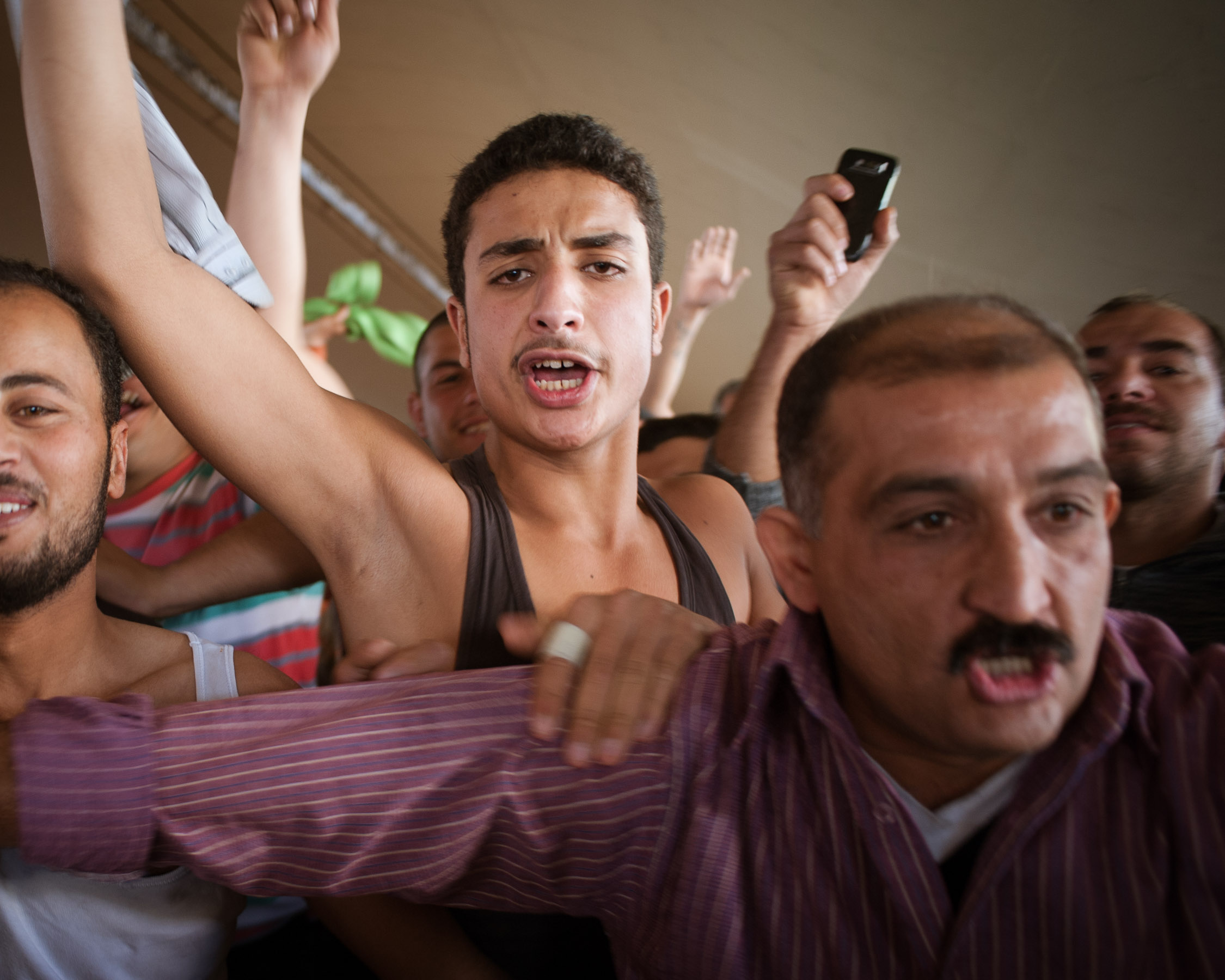 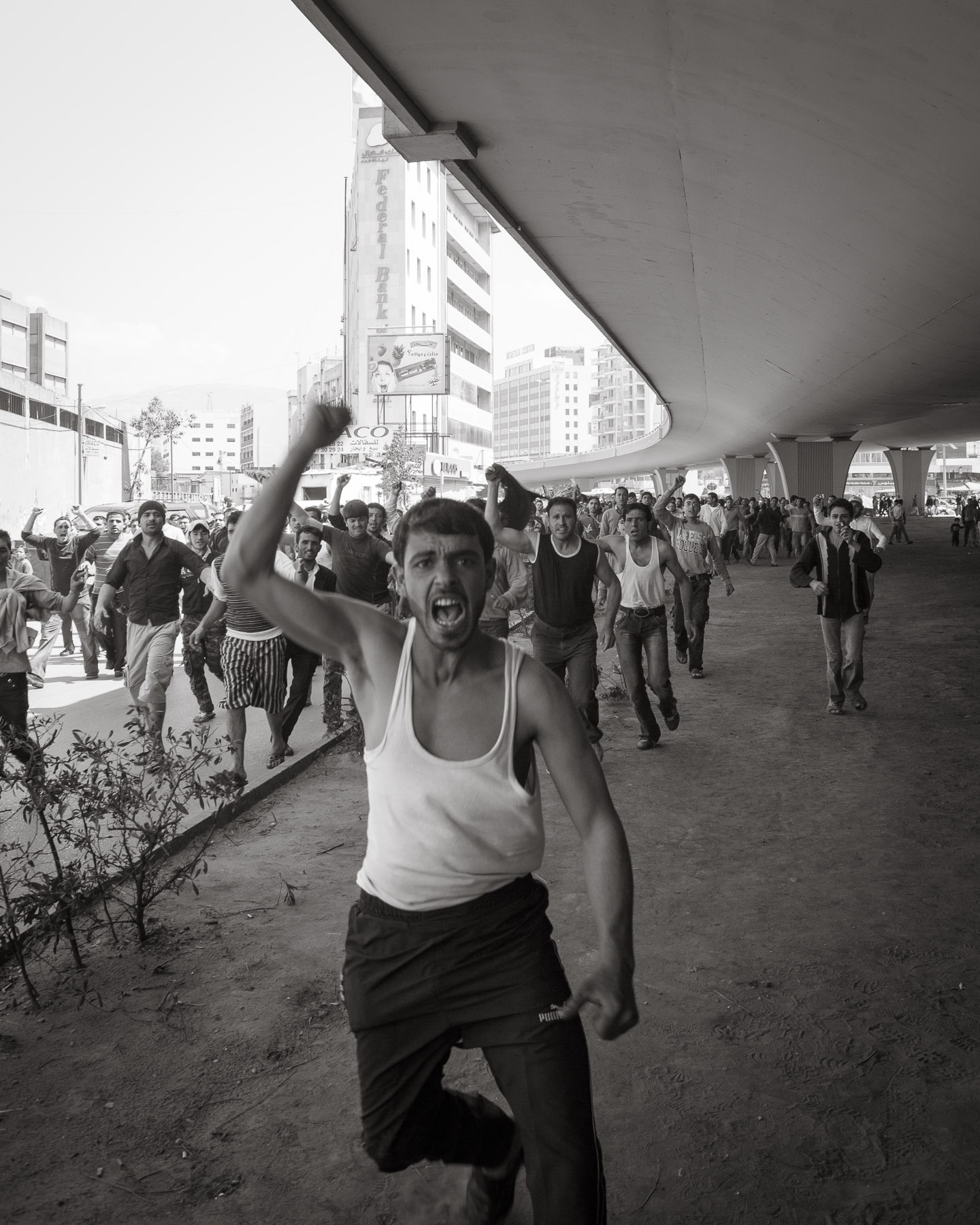